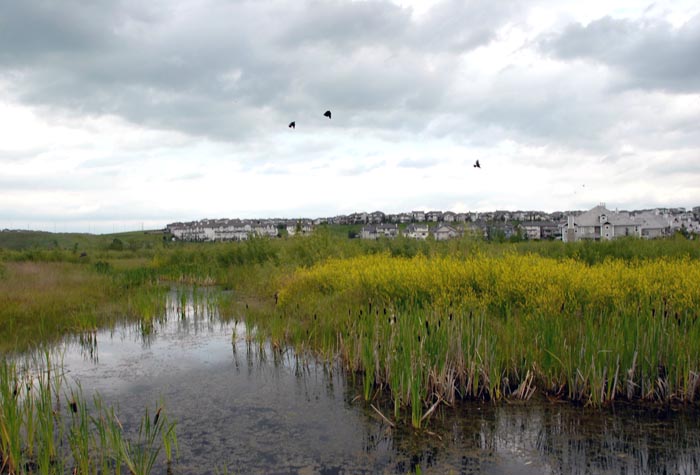 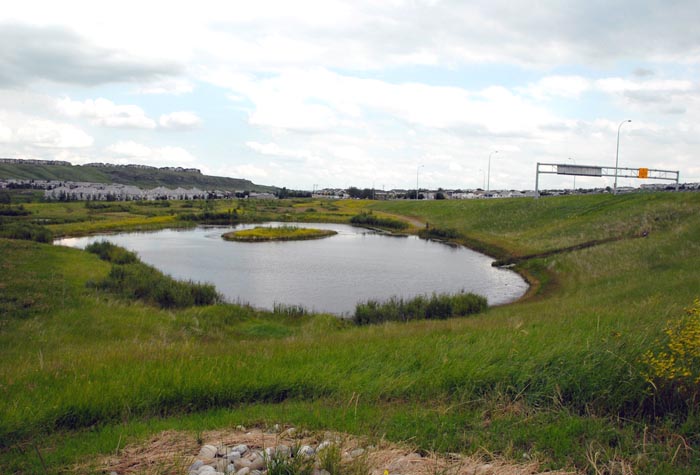 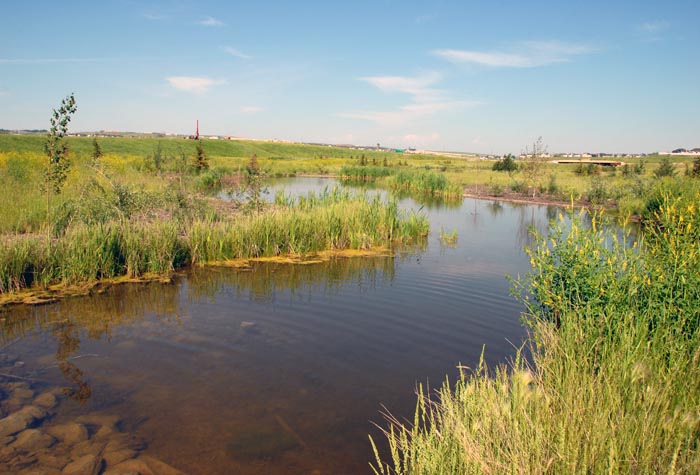 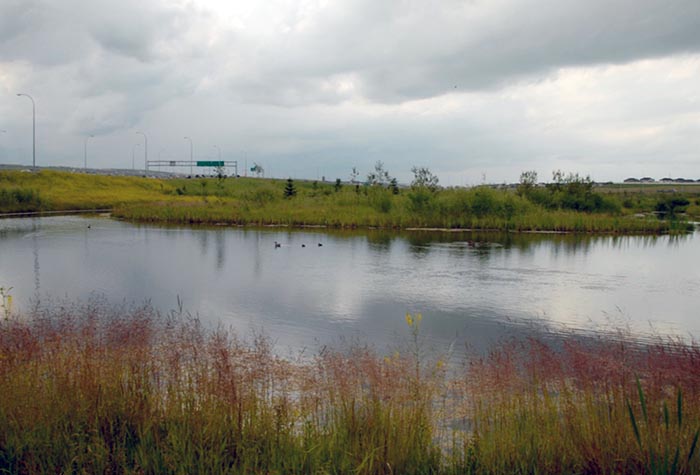 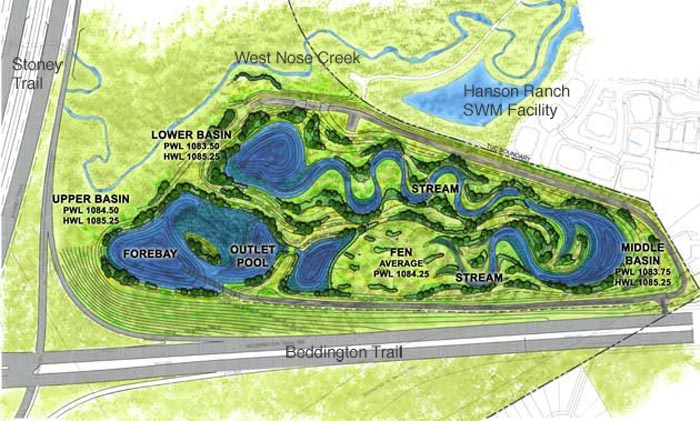 As a component of the overall environmental design of this freeway, out company developed a restoration plan for a biodiverse habitat located within the West Nose Creek valley bottomlands in Calgary.  Several significant challenges and innovations were involved. One of the photographs illustrates a large-scale, created fen wetland, which was based on prior successes achieved by Mr. Bernie Amell on similar projects.  This fen provides sustained flows and very high water quality to downstream habitat areas, including another component of the design – a created stream, as illustrated in another photograph.  The stream features a successful bank stabilization method invented by Mr. Amell involving brush-stabilized banks with gravel and geogrid.